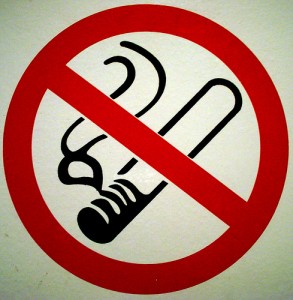 I found this and wanted to use it as a follow up to my article on rentals in Ca.

The California Senate passed a bill this week that will allow apartment owners to evict smokers. Many apartments owners do have smoke free rules but until now there was no law that gave landlords the right to restrict smoking.

West Hollywood Mayor John Duran is disturbed by the implications of the bill. “I would oppose it, because it would give the landlords another tool to remove tenants from rent-control units,” Duran said.

If passed, the bill would go into effect on Jan. 1, 2012. However, as currently written, the bill has a provision that if a city already has a local ordinance regarding apartment smoking in place prior to that date, the city’s law would stand.

Up to this point the bill has gone largely uncontested. “I’m surprised tenants rights groups aren’t opposing it,” Duran said. “I’m sure there are a lot of residents who would like to see their neighbors removed because they smoke, but that’s not what West Hollywood is about”, according to https://westhollywood.patch.com/articles/anti-apartment-smoking-bill-raises-concerns-for-renters.

How about you? Any luck finding apartments in California? Comment below.

Mayor Asks CPMC for Money to Fund Transit, Ped Safety, But Is It Enough?

Apartment Building Insurance For Rentals in Ca Secure Your Home

Water saving tips for your home

Apartment hunting, Here is what you need to...

Tips on Moving Out

Apartment for rent in San Francisco