How Much Do Apartments Cost for Rent in California? A Breakdown of Rates in 16 Largest Cities 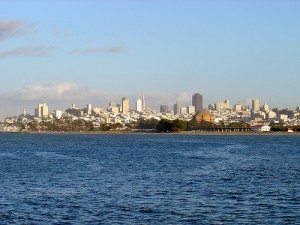 Here’s a list of the 16 largest cities in the California with their respective average monthly rental rates:

Let’s look closely at a couple of cities from the top and bottom of the list:

With over 209,000 people and part of Orange County, Irvine somehow manages to maintain incredibly high rent rates, probably because the city began as a master-planned community.

The city was ranked as having the lowest violent crime rate by the Federal Bureau of Investigation for cities in the United States that have populations over 100,000.

Just a little smaller than Irvine, the city has about 206,000 residents. In the southeast section of the San Francisco Bay Area, it is the largest suburb in the metropolis and is right next to Silicon Valley.

Located inland, near Sacramento, this city has a population of 287,578. Stockton is connected to the San Francisco Bay by the San Joaquin River and serves as an inland seaport.

As a whole, the economy here is suffering, primarily due to a devastating crash in home prices. As a result, the city was ranked in February 2011 by Forbes magazine as the most miserable city in the United States.

On the bright side, rent is cheap and the city has easy access to Sacramento which is about an hour away.

With a population near 500,000, the raisin capital of the world has the cheapest average apartment rental rates per month of large cities in the State.

Hot and dry, Fresno is fairly removed from the rest of the State, but it is uniquely located near Yosemite National Park as well as Sequoia and Kings Canyon National Parks.

Regardless of where you chose to find an apartment for rent in California, expect rent prices to fluctuate from place to place. Use this list to narrow down your choices before visiting any properties. Good luck with the apartment search.

How about you? Any luck finding an apartment for rent in CA? Comment below.

Apartments in California: The 5 California Cities With Average Rent Above $2,000