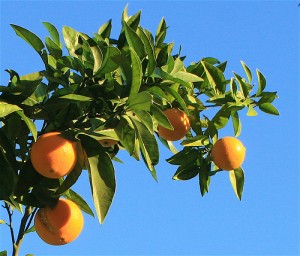 If you’re moving to California and need to find the absolute cheapest apartment rentals in California, your best bet will be to check these 7 cities. Some are better places to live than others, but average rent rates for each of them is well below $700 per month.

The most expensive city for renting apartments on this list, Delano is also the largest, with a population of 52,802. In between Fresno and Bakersfield on Highway 99, the city’s major industry is agriculture.

Next on the list is El Centro, with 41,241 residents. The city is near the Mexican border and is about 113 miles east of San Diego. As of December 2010, El Centro has the highest unemployment rate in the United States, 28.3%.

A major snowbird destination, Blythe is home to 21,322 residents. Located about 225 miles east of Los Angeles on the Arizona border, this town has very hot summers. Average high temperatures from June – September range between 101 – 109 degrees which makes it fitting that the local minor league baseball team is named the Blythe Heat.

About 70 miles south of Fresno, the city’s population is 52,153. The city’s motto is “In God We Trust” and the presence of over 30 churches is indicative that Porterville residents stand behind the motto.

Nearly 120 miles east of San Diego, Calexico is right on the border with Mexico. The city has a population of 38,827. As a border town, Calexico represents a mixing of two cultures, which is part of why its bane is a combination of the words California and Mexico.

Brawley is a little north of El Centro and Calexico and lies 131 miles to the east of San Diego. The city’s 23,342 residents take advantage of the always-warm climate to engage in agricultural activity all year. This activity drives the local economy. Summer daytime temperatures in Brawley often exceed 120 degrees.

With the most affordable average apartment rent rates in California, Wasco has 24,724 residents and lies about 30 miles northeast of Bakersfield. The local economy thrives from the growth of roses. In fact, 55% of all roses grown in the United States are grown in or around Wasco.

So, if you’re looking for affordable apartment rentals in California, you can easily find them. Take your pick from these 7 unique cities offering everything from sunshine to roses.

How about you? Any luck finding apartments in CA? Comment below.

Need a Place With Mild Winters and Apartments for Rent? California Has 4 Great Cities for Snowbirds